البيتEnglish3rd half Best Guild of RM

Thanks for sticking up for us there Monks. I would like to hope nobody takes our banter the wrong way as it's just a bit of fun. I remember an entire Friday night was once dedicated to abusing Black Monks via guild name changes when he was at Scrum Down. Just one more thing, if we ever cross the line and cause offence please feel free to blame Rhino.

Mr Jungle while i'm not actually in your guild I would wholeheartedly agree that having a 'patsy' to blame is 100% vital in this day and age. As I didn't vote for Brexit, can I blame Rhino? thanking you in anticipation
I believe the politically correct thing would be to blame me, I'm an American and while I didn't vote for trump he is still my president (also didn't vote for her and I did vote). Now granted, brexit happened first but it seems all can be blamed somehow on trump and Americans.

Jungle, you have spent 2 days with your names about me and every one of the name changes had me rolling on the floor. 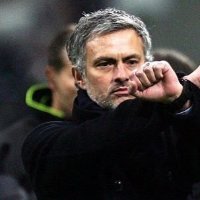 I have been lucky enough to have been in three of the very best.

Urban; the trendsetters, but very intense and focused, back in the days of the 26 game season.

Lomus; a lot more relaxed and banter orientated, but still had their goals and got them, taking Urban's place as the then greatest guild.