We are currently experiencing an issue with payments on Apple, it should be fixed today or tomorrow. Sorry for the inconveniences.
Página inicialEnglishIdeasShow when match bonus is used

Shane Holmes
Membro
How many times do you play your champ/tournament/guild match vs someone and play them after in a friendly with a HUGE difference in gameplay.

Carshalton Colts
Membro
I agree with you and have no issue with a 'declaration' of match bonus used being visible for all to see. Although many will disagree, it remains a 'tactic' available to all to use and as such should only be seen ( in my opinion ) after the game. Whether any notice will be taken of this reasonable yet not unique suggestion, remains to be seen although I have my doubts. It would certainly put pay to the many who claim not to use it but do.
Postado em 25/04/17 18:09
25/04/17 19:18 ExibirEsconder

Black Monks
Membro
I'm all for this, but there is one fact with mb. If you are in the top league you at least use some mb during champ matches. Seems this actually becomes true at the second to top level but I did make it to the 2nd to top level mb free and maintained single promotions mb free, but double promo to the top league requires mb. I don't think anyone denies this. However, how much is used once up there varies by person greatly.
Postado em 25/04/17 19:18
25/04/17 21:38 ExibirEsconder

Shane Holmes
Membro
I am currently lvl39 and MB most champ matches, I feel it's just the "glory" for us in the high guilds that use zero MB for all gvg's and to catch out those who do.
It is part of the game and is not breaking any rules by using it but shame on you if you mutually agree to play without but do it anyway.
Postado em 25/04/17 21:38
25/04/17 22:56 ExibirEsconder

I am currently lvl39 and MB most champ matches, I feel it's just the "glory" for us in the high guilds that use zero MB for all gvg's and to catch out those who do.
It is part of the game and is not breaking any rules by using it but shame on you if you mutually agree to play without but do it anyway.
Well put. I'm down in 37 with a team of guys I bought for 1 rp each except 3 or 4 of them and in first with 0 mb used and no team the first match. But the closer you get to the top the more mb must be used. If you say you are mb free be mb free, if you make a deal to be mb free and use it I wish you could be banned from the game. But it is fully legal and fully used
Postado em 25/04/17 22:56
26/04/17 17:19 ExibirEsconder

Ashley Longthorn
Membro
it's why i'm so desperate to go up the levels so eventually the game will be down to outright skill not who can bonus the biggest. MB ruined and the pack are the two reasons this game is seeing so many greats retire. I believe in skill and tactics and also I believe that the only reason people buy pack players is because they can't compete without them. I'm Level 38 never have I purchased a single pack player and I never will. The only time I will MB is if I'm taking one for the team on GC but I certainly think in leagues where it's competitive people want to be promoted and get better MB should be banned.
Postado em 26/04/17 17:19
27/04/17 10:19 ExibirEsconder

Brett Thomas
Membro
This is a great idea. Declaration after the game would work, i know sublinet wont completely ban match bonus but i would like to see it banned for GvG and declared (after) on every other type of game. 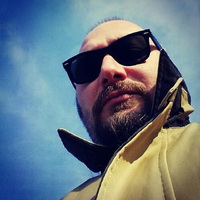 Mirko Massarutto
Membro
I'm actually at level 42.. in last 3 champ i used MB only in some matches.. i hope level 50 comes fast... so no MB will be available... but... remember now there the sport shop...
i think is correct to see if the opponent is using MB... but it must not be visible to other users... only for you during the match ... MB is a strategy...
Postado em 03/05/17 03:56
Página inicialEnglishIdeasShow when match bonus is used
Cancelar
Cancelar
Ok
Cancelar
Ok
Cancelar
Ok
Cancelar