ÜbersichtEnglish3rd half Why search for a gc if you're not going to play?

Why search for a gc if you're not going to play?

Dreadlocked warriors
Mitglied
Utterly sick of gc's where half the opposition don't bother to play. Why search the gc if your not going to play? It just wastes everyone's time. You should get a minimum of three games worth of cash and training points every gc, win or loose. This benefits your team and as such the whole guild, not to mention the chance to win recruitment points.

Where are all the good guilds at on gc times and search start? I'm talking to arena, twicks, spuitpoo, bia (or whatever your called this week). Tell me your gc end time and we'll try and match up for a good scrap.
The International Fight Club.
Gepostet am 05/04/18 20:31.
05/04/18 21:24 AnzeigenVerstecken

Dreadlocked warriors
Mitglied
It's all right lestah, coach fluffy moves about that much he'll soon be in our guild. He'll have to change his name to coach fluffy honey badger if he moves much more
Gepostet am 05/04/18 23:52.
06/04/18 12:47 AnzeigenVerstecken

Phalanx : Damage Inc…
Mitglied
Damage Inc always plays all their matches. Would be happy to plan a challenge. Unfortunately we are still building and only have 16 members at present though
Gepostet am 06/04/18 12:47.
06/04/18 21:10 AnzeigenVerstecken 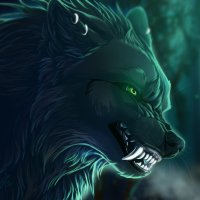 SeekNDstroy○○
Mitglied
To be honest. GC and the whole setup sweetnitro has is just one big joke. They should atleast just remove MB in GC and it would be fair. I've never seen a level 45 guy, beat a level 60 guy without MB. 15 levels difference.
That's how desperate some people are. One big fucking joke.
Gepostet am 06/04/18 21:10.
07/04/18 06:49 AnzeigenVerstecken

Phalanx : Damage Inc…
Mitglied
I managed a 24-21 win over a level 44 when I was level 27 and did so without MB. So it can be done if you play strategically and the ball bounce in your favour, and if the higher level is offline.

BUT for sure I am in agreement with you there SeekAndDestroy. The problem with MB is that it is abused. I can understand why Sweet Nitro keep it there - to give weaker guilds a chance against stronger guilds. Not saying I agree with it, just that I understand their reasoning. Problem is it gets abused and players on your same level use it against you. Now THAT is pathetic and shameful.
Gepostet am 07/04/18 06:49.
07/04/18 10:48 AnzeigenVerstecken

Dreadlocked warriors
Mitglied
I completely agree with you, both seek and phalanx. I understand why they keep it, in theory, but it doesn't work, as seek pointed out no ammount of mb will help a level 45 beat a level 60, and when your 60 it won't do much against a 64, I've tried, lol.
They need to address the gc search parameters. I'm lead to belive it is 20% of average fan/memeber. At 200000+ fans, which is only level 24 stadium, you have a chance of guilds with average fans of 160000 - 236600 (max capacity). That's a huge difference in ability, we're talking some rank 200 team - arena or twicks. They need to make it 10% after average fans per memeber goes above 200000.
Gepostet am 07/04/18 10:48.
ÜbersichtEnglish3rd half Why search for a gc if you're not going to play?
Abbrechen
Abbrechen
Ok
Abbrechen
Ok
Abbrechen
Ok
Abbrechen