THE SODOMISER
Mitglied
Transfer market:
It doesn't work and hasn't worked for a while. More teams in one level will not solve the problem, it will make it worse! No one is putting players on the market, because it is too hard to replace them. More teams in one level will not mean more players in the market. It will only mean that there are more teams that will jump on the few good players that apear on the market. So the response in the forum from Fada to watch and see how it will work out doesn;t help us at all.
Hoe can we make the market better:
-more players on the market generated by the system
-open tranfer market for all teams
-junior training centre a a new facility

Buildings
-get more building levels, because many players are getting stuck and can not build anymore

Players aging
-players should only age one year per month

Chat room
All chat conversations are being deleted to quickly. We keep repeating the things we say because we the messages get deleted.
-Create a guild chat room, just like the forum in which we can chat and explain things to fellow members.

Tournaments
The higher level teams still have no chance to play a tournament. Right now there are 8 players at level 21 and they all signed up for the tournament which will never happen. If level 21 will be the highest level then in time we will be able to create a tournament. For now I haven;t been able to play a tournament for 4 months. No gold balls for 4 months, no extra training points for 4 months, no extra ticket money for 4 months ...How will I be compensated for that?? Like I said before I will settle for 100 gold balls, 100 million in money and 100 training points per players ...which is far less then I would have generated if I had a chance to play. I will return 1000 heal kitts to compensate for extra injuries and fatigue.
-Open tournaments for more then one level

Maximum level
Is level 21 the maximum level?? If that is the case then there will be more level 21 leagues in a couple of months time ...who will be the real champion then? What is the fun of having 2 or 3 or 4 champions at level 21? Now we know what the highest level is and you can say determine who is the real champion of this game (Dollard). You always want to aim for the top, if there are more leagues at the same level, then there is no undisputes top team.

Back passes and stop running
Too often in this game strikers who have an opportunity to score a goal pass the ball back to a defender or the goalkeeper. Even when their dribble is at 100% and the defender and goalkeeper is 100% marking range. Fix this please!
A striker running to an open goal often stops running, or starts running back ...why?? Fix this please!

Guild Challenge
Let every one in a guild play challenges. You will reward the active guild with active teams

Will Whale
Mitglied
I fully agree with everyone of the points made by sa swans.. these things need changing or at the very least a reasonable answer
Gepostet am 20/04/16 08:12.
20/04/16 22:42 AnzeigenVerstecken

fada623
Administrator
Hi guys,
First, Pierrot gave you answers about the waiting time.
And for me there is no need to comment about itby saying, "day one ...no response" or other.
You just have to put your question and wait for the answer.

If it is a personal concerns or payment account, simply go through the sublinet support.
The team does its best to make the game enjoyableeven though it is not always obvious.

And last thing, only developers are there to decide to implement or not a suggestion.
It's great that some members are involved in the suggestions but it is not reason why it will all be taken into effect by DEVs.
In the majority of cases, a suggestion should be set and then debated. If a suggestion has one comment page, it's not top.

Now I will respond best to questions made on this subject.

I think the developer does not want to open too because this will cause gaps between team.
Indeed, on our games"older generation" , the market is changing depending on your speed of evolution. So those who move fast is not braked.
And in the end, The first ones are irrattrapable.

For me, the solution would be a junior training. But this solution will act in a progressive way.

I transmitted the problems in part DEV directly.

Can you give me more information ?

No, maybe act on training (whether it be a little faster).

Yes.
On this subject, I would be more advice to temporarily reduce capacity in a tournament.

Yes, it is currently level 21.
This is temporary and not défiinitive.
It's just for the "game balance".


Back passes and stop running

I transmitted the problems in part DEV directly.

THE SODOMISER
Mitglied
Thanks for the answer Fada. They are very helpfull!

I know it must be irritating when some one says day one no response, and day two no response. Pierrot actually did say something about responding. He said he logs on every day and answers to questions he thinks he needs to. That is why I said day one and day two. But well, I;m happy that YOU responded.

I like your idea of about less players in a tournament and of course the junior training centre. Hopefully the DEVs will implement the chances soon.

About buildings ...the max level now is level 20. Will this be the max, because builders become redundant once you reach level 20 with your imprtant buildings. 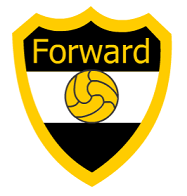 <Forward>
Mitglied
as perhaps the swans buildings refers to no more than level 20 comes a time when the money is not used for anything other than raw. If there were more than 20 level could continue to invest money in buildings. Leagues continue to rise league league 20 ... 22 ... 21 ... league in 6 months could have league 30 or more at this rate, and if the maximum level of buildings is 20, that happened bill as finance 20 just is not enough to keep salaries level 30 equipment, etc. Still I do not see the buildings is the biggest problem today.

If there is no youth academy in 6 months the game it may be forgotten.